Dwayne Johnson has been in some of the largest blockbuster movies ever. Add up his top five grossing films, and it comes out to a mind boggling $4,811,600,000 BILLION dollars. That’s more than what the UFC (Ultimate Fighting Championships-an entire sport) was sold for in 2016.

It should come as no surprise as the Fast & the Furious franchise dominates the list.

To read a list of all the movies Dwayne “The Rock” Johnson has appeared in, click here.

3. Jumanji: Welcome to the Jungle

2. The Fate of the Furious

Please leave any comments or questions below! Thanks for reading!

Vince McMahon Congratulates The Rock on his 48th B-Day!

Thank you, Vince!
Our bond will always always be special & invaluable. Cheers to earning every opportunity, committing to the audience and always being the hardest worker in the room. 🥃 https://t.co/6Rp1mVrMYR 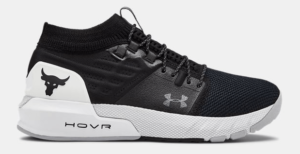