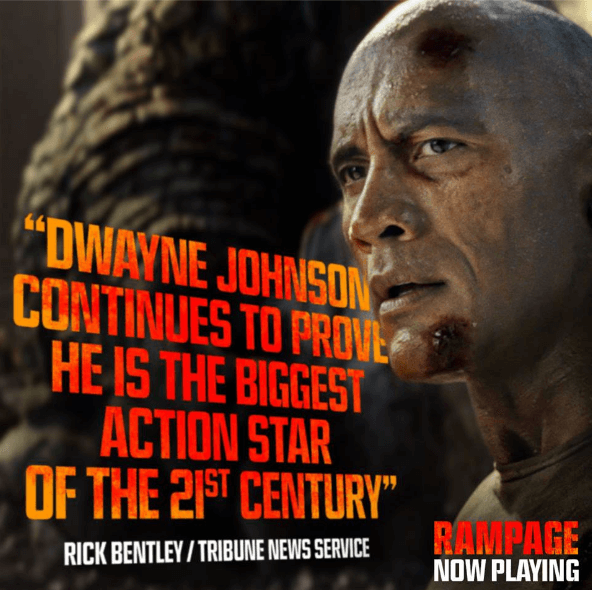 The “Hardest working man in Hollywood” has been filmed in 41 movies and counting spanning his 20 year acting career.

Not to mention TV shows like HBO’s Ballers, hosting Saturday Night Live (and numerous guest appearances), That 70’s Show, TNT’s Wake Up Call, and a host of Nickelodeon kid shows.

He is currently the 2nd Highest Paid Actor for 2021 according to Forbes Magazine, raking in $50 million for the movie Red Notice.

He owns his own production company, 7 Bucks Productions, that produced Rock the Troops, Ballers, Baywatch, and Jumanji: Welcome to the Jungle.

Here is a chronological list of all the movies The Rock Dwayne Johnson has starred in or had a cameo role in.

***Movies not yet released

To find out his lowest grossing flops, click here.