The Rock is like Picasso making a painting when on the mic. Here is a collection of some of Dwayne “The Rock” Johnson’s best WWE wrestling quotes. Enjoy and leave a comment at the bottom for your favorite one!

Finally….. The Rock, Has come back to…

What is your name?….It doesn’t matter what your name is!

The Rock will take you down to Know Your Role Boulevard, which is on the corner of Jabroni Drive, and check you directly into the Smackdown Hotel!

You want to go One on One with the Great One?

The Rock will Layeth the Smacketh Down all over your Candy Ass!

The Rock is without a doubt. Thee… MOST electrifying man in sports entertainment today!

The Rock says: Know your role and shut your damn mouth!

The Rock has just one thing to say to you: Poontang your ass on outta here!

Beat it. Go wash your ass!

Look at The Rock’s competition. LOOK AT HIM! It looks like a big monkey came down here, took a crap, and out came Mankind!

You are a short haired, 7 foot, 500 pound, piece of steaming, stinking, grade “A” monkey crap! 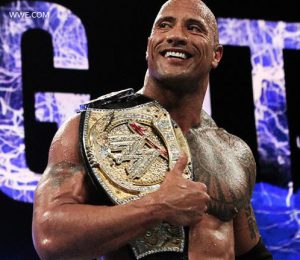 The Rock will slap that crooked eye straight

There ain’t no way….and The Rock means NO WAY…

The 3rd part of The Rock’s WWE wrestling quotes, insults and catchphrases. Be sure to leave a comment below on your favorite one! Just like the shirt says, Just Bring It! The Rock will put […]